Justice of the Peace

Justice of the Peace Jennifer Klapper 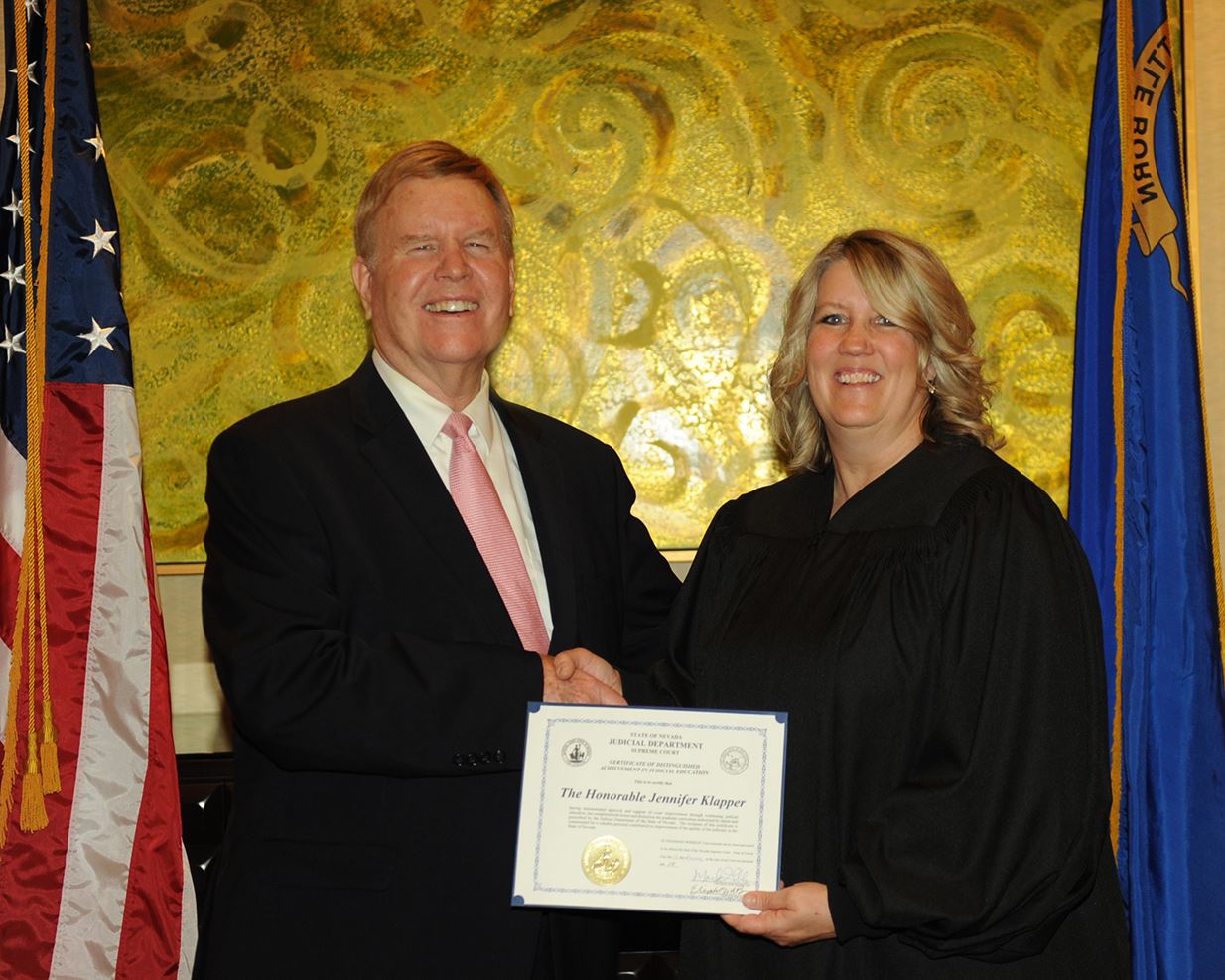 Judge Klapper was born in Dallas, TX and moved to  Nevada with her family when she was two years old. Most of her life has been spent in rural Nevada. She has resided in Reno, Fernley, Silver Springs, Yerington and Tonopah at various times throughout her life.

As she was growing up, she realized the necessity of volunteering in her community. She remembers the people that helped her family during hard times and felt a need to volunteer and help make a difference for others. She has joined several different non-profit and service organizations and of these, her work with local children and families has always been closest to her heart. In 2002 she was voted Beta Sigma Phi Woman of the Year and in 2008 she was awarded the Elks Citizen of the Year, mainly due to her volunteer work in the community.

In 1995 she was hired by Nye County and began working for the Tonopah Justice Court as a clerk in 1998. Through the years she worked hard, learning everything she could about the court system and taking every education opportunity available. In 2012, after some convincing by her peers, she filed for the elected position of Justice of the Peace. That November, she was humbled to find out that she won the vote of the people.

Since becoming Justice of the Peace of the Tonopah Township, Judge Klapper has been named Juvenile/DCFS Master and has previously served on the Drug Court committee as back up Judge. These honors give her the privilege of working with kids, young adults and families – something that she enjoys immensely. Judge Klapper also serves on the Board of Governors for the American Judges Association and Board of Directors for the Nevada Judges of Limited Jurisdiction as well as a member on various committees within the court system.

Judge Klapper is married to John Klapper and they have 4 daughters, 3 dogs, 3 cats and a goldfish. They enjoy spending time with family and friends, camping, fishing and exploring the outdoors.